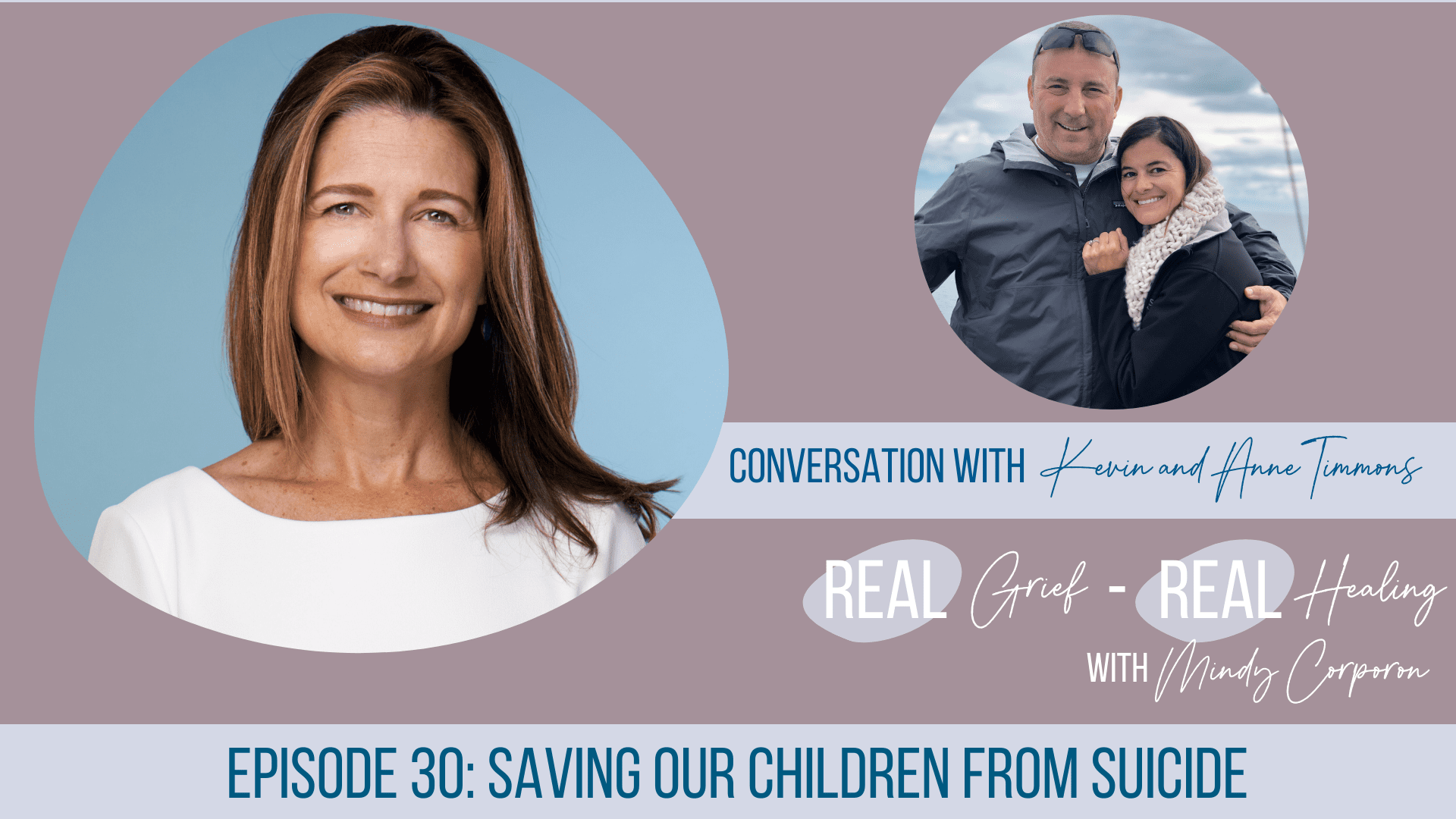 Episode 30: Saving Our Children from Suicide

Friends, May is Mental Health Month. With the intention of REDUCING the stigma surrounding mental health struggles, Episode 30, “Saving our Children from Suicide” was created. My guests today are a parent and step-parent of a young man who died by suicide during such a time in his life.

In the event suicide is a trigger for you, please have someone with you during this episode. 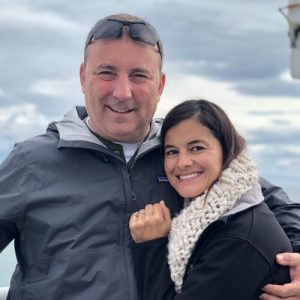 Episode 30, Kevin and Anne Timmons. “Saving our Children from Suicide”

Nick Timmons brought life into the lives of others. His father, Kevin Timmons stated that, “Nick was Peter Pan.”

Friends, this is a longer episode than normal, running closer to 50 minutes than 30 minutes. In the event suicide is a trigger for you, please have someone with you during this episode.

We discuss the trauma of suicide, mental illness, depression, and anxiety. The grief journey is ongoing and does not take a straight path. In fact, if you don’t know where you are on your own path, listen to Anne Timmons explain to you that “there is no getting around grief – if you don’t walk through it, you are stuck.”

Many people in the Kansas City region know of the restaurants, “Nick and Jake’s”. They serve a great beverage and meal, providing fun for families, singles and those who need many televisions on at one time for that special sporting event.

Saving Our Children from Suicide

My guests on Episode 30, “Saving our Children from Suicide” are Kevin and Anne Timmons. Kevin co-founded Nick and Jake’s with Doug Watkins and they named it after their boys…Nick and Jake. A self-proclaimed “class clown”, Kevin finds a few opportunities to draw a smile and laugh from both me an Anne even as we are discussing the sorrow of his son’s suicide. While Kevin wanted to “bury himself in his closet and only think about Nick”, Pastor Karen Lampe asked him to open his home to friends grieving their loss of Nick, “a friend who brought light into the lives of others”. Kevin listened and thus began his healing journey.

Humor, paying it forward, sharing in a grieving parents’ group, raising funds for mental health awareness, and implementing specialized counselors for their family’s school district are each healing modalities for Kevin and Anne Timmons. Opening Fore the Kids in 2005 and then pivoting significantly in 2017, after Nick took his life, Kevin shares past and present information highlighting the importance of giving back to your community.

They are honest and raw about seeing signs of Nick’s depression and not taking steps that might have helped. Anne is clear with us, even her psychology and teaching degrees do not provide her all the knowledge needed to walk her path alone. Using many tools, seeking assistance from professionals, and holding tightly to her faith, Anne tells us her faith has helped her through several significant life disruptions as she has watched “God weave good into a tragedy”.

On several occasions, I have stated that there are many ways to find healing…some good and some not. Kevin explains his desire to make changes in his own healing rather than self-medicating with alcohol. He also encourages and supports friendships, stating that we should all “check in with our friends”, if we are the one hurting and when we are part of a supportive team.

Listening to this podcast will not be easy. It should not be. Suicide is horrific.

You are valuable. You are wanted on this planet. Stay alive because, “To Live would be an awfully big adventure!”  – Robin Williams from the movie “Hook”, when he played Peter Pan – and Kevin Timmons, a grieving and healing father.

Friends, together we are better.

Seek help. Be the help.

Episode 31: I Can’t See the Pain Inside You