Book Mindy to Speak for Your Organization Support@mindycorporon.com 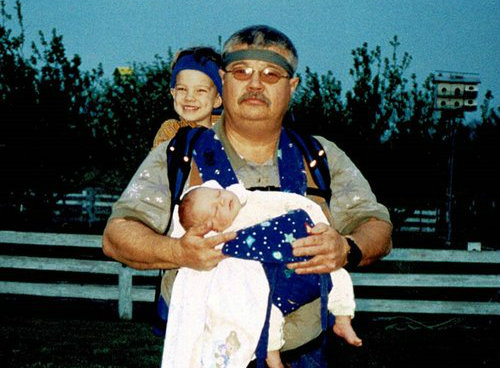 Did your father have that look?

As a young girl, I remember trying to honor my parents, particularly, my father.

With one stern look he could melt me into tears. His eye lids would lower into a pronounced squint. A scowl would form on his face as his jawline tightened. The deep breath he took only delayed the finality of where my actions might take us. Luckily, the occasions when he needed to use this signature look on me, were rare because;

2. Fear of the look and any forthcoming consequences.

These memories are now fun to recall bringing with them a smile and chuckle.

When Father’s Day approaches, I contemplate my father. It is easy to consider the life he provided, the unconditional love I always knew was present and the immense hugs offered when I was in his presence. I am blessed, thankful and full of gratitude for my father. He committed much of his life to caring for my mother, me and my two brothers.

My father was murdered on April 13, 2014 by a self-proclaimed neo-nazi/white supremacist. Seconds after his death, my oldest son, Reat, was murdered by the same hate-filled, evil vile. Reat, age 14, will never be celebrated on Father’s Day, as he had hoped.

Their murders sparked in me a curiosity to understand other world views, faiths and non-faiths, looking for the differences and commonalities. The same curiosity abounded this Father’s Day. Is Father’s Day celebrated differently among faith traditions?

Google tells us that “the nation’s first Father’s Day was celebrated on June 19, 1910, in the state of Washington. However, it was not until 1972–58 years after President Woodrow Wilson made Mother’s Day official–that the day honoring fathers became a nationwide holiday in the United States.”

The fifth commandment in Judaism AND Christianity is Exodus 20:12 – Honor your father and your mother, that your days will be long upon the land which the Lord God gives you.

This was not a request for naming a specific day to honor our fathers. It was a commandment to honor them daily (mother’s too).

What else might we have in common? Let’s see,

1. we should not sacrifice our children,

2. incest is strictly forbidden, and

3. insulting your parents should lead to grave punishment.

While I found these rules in the Torah, I am certain they are the values of other faith traditions, as well. I know the majority of us carry these values AND two of them would lead to incarceration if found guilty.

In Islamic tradition; Dutifulness to parents, both mothers and fathers, is an Islamic value and in obedience to Allah. One, therefore, should show kindness towards his parents because Allah Almighty says, “Your Lord has decreed, that you worship none save Him, and (that you show) kindness to parents. If one of them or both of them attain old age with thee, say not ‘Fie’ unto them nor repulse them, but speak unto them a gracious word.” (Al-Israa’ 17:23)

Based on the prayers of Hindu’s, one should show gratitude and thankfulness for our father’s every day of the year.

I had respect for other faiths before the murders shattered our lives in 2014. However, my respect had not yet been tested. I had no reason to open the door or peek into the heart of a person from a faith, not my own and explore.

So, why would anyone else have this reason, now?

Modeling our values for our children is of utmost importance. Followed by allowing them to seek information from trusted and safe sources allowing for introspection of world views. Yes, world views you may not understand or agree with.

When Lukas, now 17 years old, became a teenager, I asked him to imagine a virtual rope tying us to one another. On some occasions, this rope is taught. He is close to me, my values, opinions and rules. I am sure he felt and sometimes still feels strangled by this virtual rope. However, frequently, this rope is laying loose between us. This is when I am watching from afar or potentially through my LIFE 360 App, allowing him to learn on his own.

I mention this because our Faith Always Wins Foundation stands on three pillars; kindness, faith and healing. Our faith pillar hosts an interfaith youth group. Yes, interfaith. We encourage high school students with world views focused on faiths and non-faiths to meet and learn from one another. Our 12-month programs offer a trusted and safe space for these students to discuss their own faith, learn about other faiths, lead service projects associated with their faith or belief system and mostly encourage the idea of respecting the fact that we have MANY SHARED VALUES, no matter our world view.

The first week of June, our foundation assisted in providing a safe and trusting environment for students to explore respect, solidarity, understanding, community, shared values, and the environment around us. Solidarity; one of seven themes of Catholic social teachings was discussed on day two of their Jerusalem Farm visit*.

Offering opportunities for high school students to engage in these values is part of our faith pillar for Faith Always Wins Foundation.

I continue to honor my father each day with the work we do for others through the Faith Always Wins Foundation.

Your financial support allows our work to continue for the betterment of our world.

Happy Father’s Day to ALL those filling the role of Father.

We Can Stop the Hate

The Situation of the World