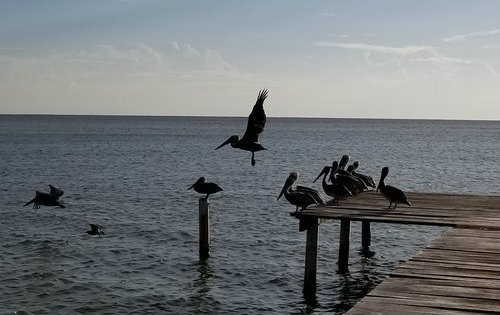 The Power of an Invitation

Sitting next to a dear friend in church tonight, I heard Pastor Scott Chrostek ask the question, “who invited you?” The emphasis is on the word invited (not on the word, you). He was referring to a Christian’s invitation to church, an invitation to believe in Christ, and an invitation to follow Him (still talking about Christ).

As Pastor Chrostek weaved in and out of personal anecdotes and associated scriptures, while fantastic music was performed, my mind wandered to the many invitations I have taken in my life. Some of them I should have dismissed – stayed home to wash my hair, so to speak – but most of them led to adventures and opportunities for which I am thankful.

If you have followed my story, it is possible you know I am confident God spoke to me as I found my father murdered and my son, nearing the end of his life after a fatal gunshot in a parking lot of a Jewish Community Campus in 2014.

“Your father is in Heaven…go find Reat.” Clear and to the point.

Months later I received what I would call a divine invitation when I felt God say, “bring my people together.”

I guess I quickly jumped in the deep end on this. It would have been nice and soft to talk about the interview invite that led to a career. It would have been fun to tell you about the invitation to judge the tryouts for the Chiefs Cheerleaders and to then try out the next year to make the squad. While these happened to me and they each made a difference in my life, the most impact my heart has felt was hearing the invitation to “bring my people together”.

I did question…who are your people?

It became clear to me that ALL people are included in this invitation, even the vile person who took the lives of my father, son, and Terri LaManno and those who believe his ideology. My belief in this makes the invitation even harder to follow.

Accepting an invitation of any kind can present risk. For whom are we willing to take such a risk?

In April 2019 our Faith Always Wins Foundation hosted SevenDays® Make a Ripple, Change the World. We invited our guests to the Hindu & Cultural Center of Kansas City. Over 300 people attended and darn near every one of them raised their hand when asked…” Who among you is visiting a Hindu Temple for the first time?” They each took a risk. They trusted our invitation. They showed up.

I have been invited to speak on a panel this coming Friday, July 26, Lifting Others as We Rise. This invitation came from a young woman whom I have known and respected for 5 years. In 2015 I invited Tyrone Flowers to speak at an event and subsequently, met Kiona Sinks. Now, Ms. Sinks has invited me, along with four other women, to share experiences and knowledge surrounding women helping other women. Three of the panelists are women of color and two are white (one would be me). In our current state of racial divide, I have been invited to engage in a diverse panel discussing how we can HELP one another. Full circle. Take the risk.

Trust in relationships. Trust the invitation.

The pelican photo attached reminded me of the question “who invited you?” Kevin the Pelican is one of these, I just know it. He was most likely the instigator of this innocuous bunch.

I invite you to find kindness, faith, and healing in your life each and every day.

Why is it Called Good Friday?

“Bring My People Together”